Home  /  Excursions  /  What to do  /  DISCOVERING THE TREASURES OF GRATTERI, THE MOST MYSTERIOUS VILLAGE WITHIN MADONIE.

DISCOVERING THE TREASURES OF GRATTERI, THE MOST MYSTERIOUS VILLAGE WITHIN MADONIE. 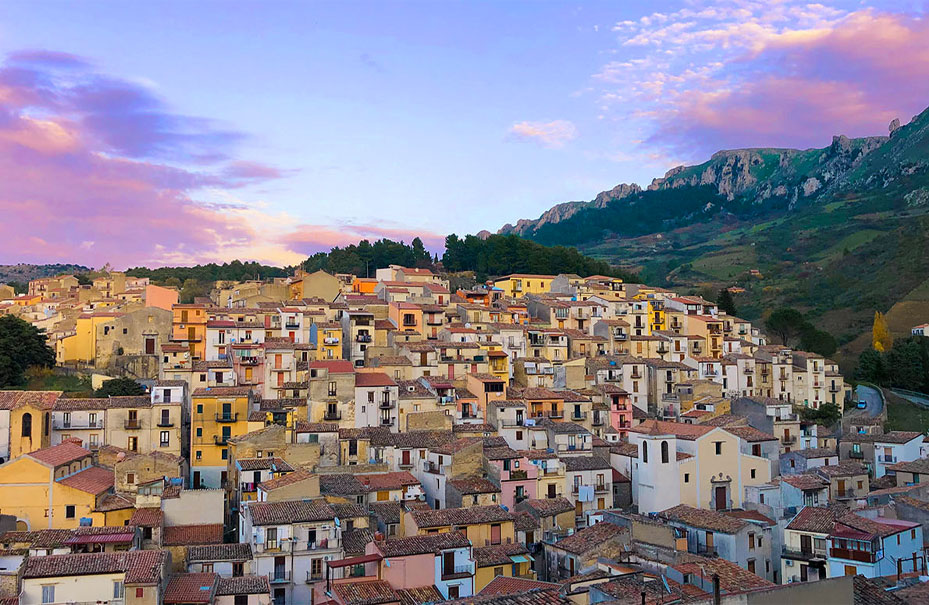 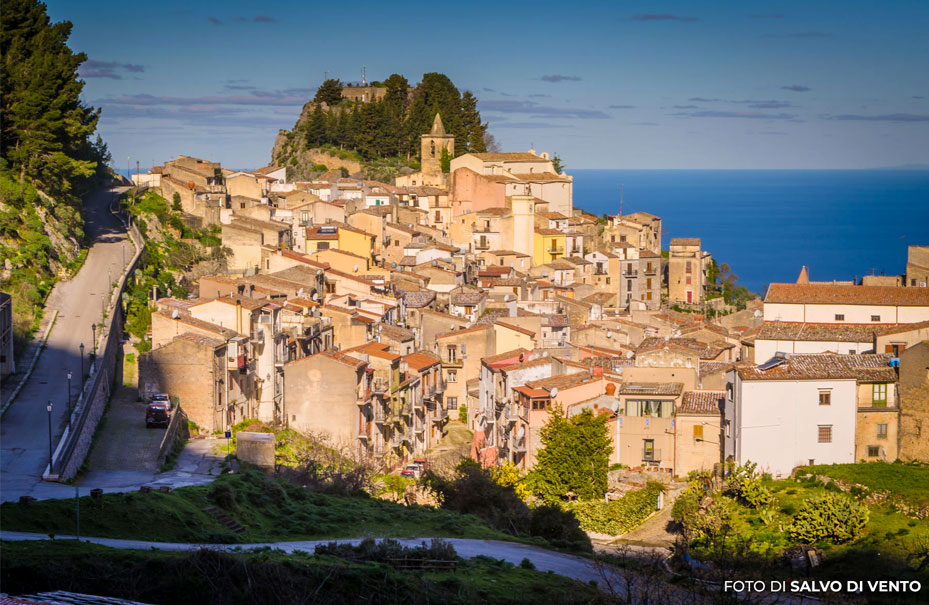 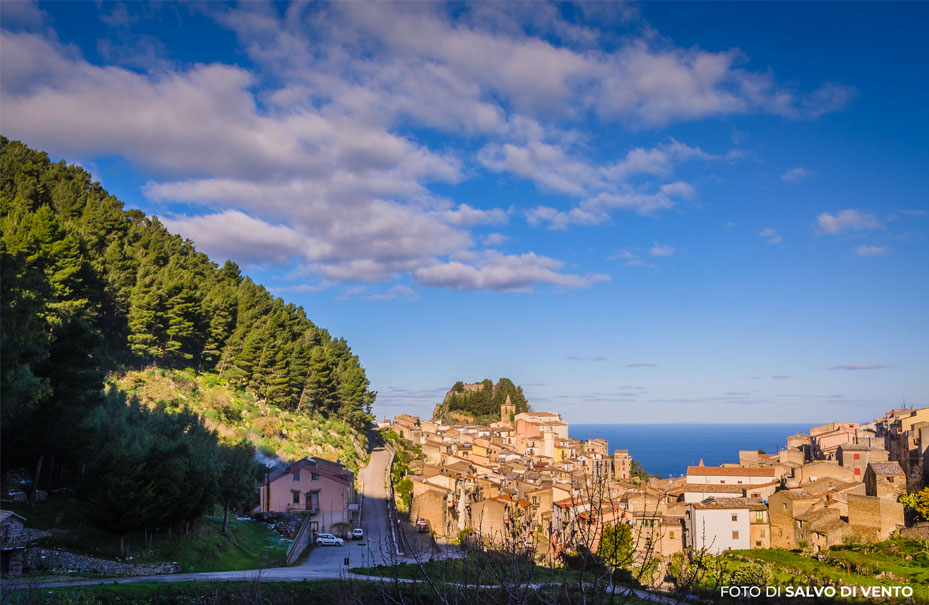 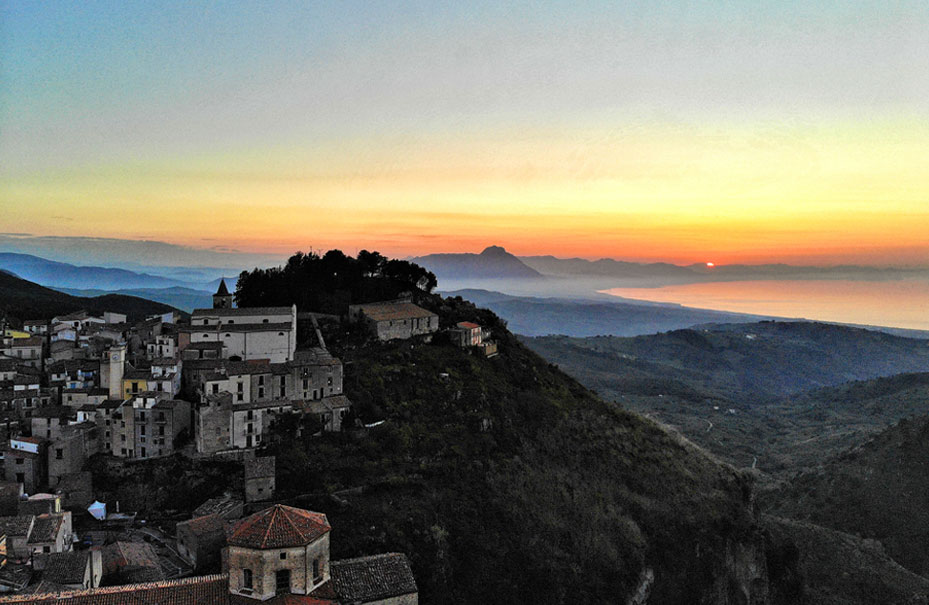 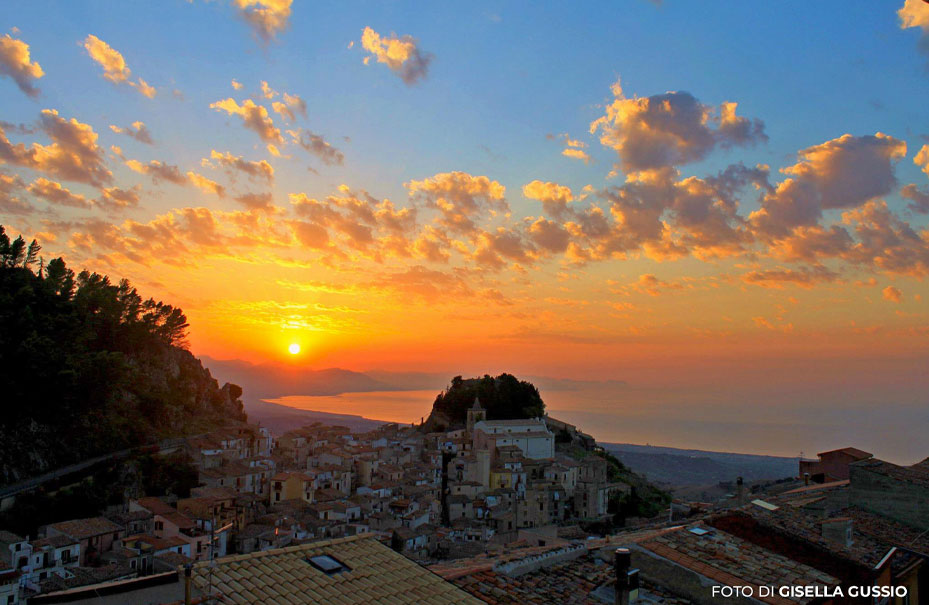 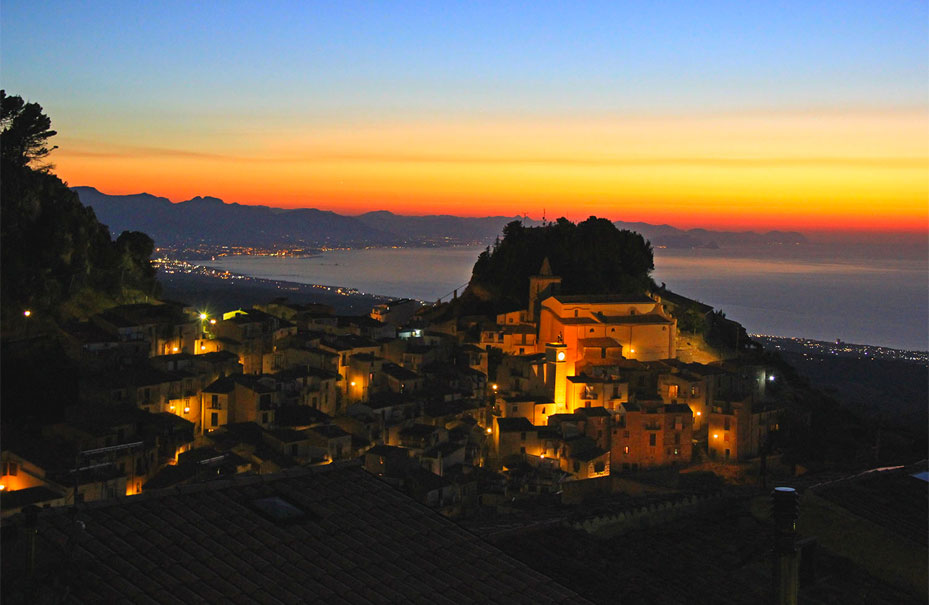 If you are ready to explore one of the most ancient and characteristic villages within the Madonie, yet to be known better by tourists, you must choose this tour, dedicated to the discovery of history and legends of Gratteri.

The meeting is expected at Belvedere Ganci Battaglia, where one of our narrators will lead you during this all charming route. However, before starting our tour, it is usual to shoot a picture at the Belvedere, in order to immortalize a breathless view upon the Tirrenic coast, where, during the clearest days, Eolie Island can be seen.

It is not a case that Gratteri had been nicknamed “Terrace upon the Tyrrhenian”. We are going to start from a nice walk, from the “Ecce Homo” bridge to Portella Carrubba, so called due to the presence of a carubbo tree, quoted already in the sources of 1500. From there, we can admire a bucolic scenario, similar to a nativity scene with thriving grazing lands in front of the suggestive church of the nunnery, from the XII century.

In sight we can admire the entire valley until the mountain San Calogero, which dominates on the gulf of Termini Imerese. Following, we are going to visit the historic environmentalistic museum of the municipality, recently restored, placed on an high ground from where we can check what remains of the most ancient neighborhood, originally called of “Terra Vecchia” (“Old Land”), and today is “Conigliera”, with its cliff-like walls upon the “Bocca dell’Inferno” (“Mouth of Hell”).

Walking through the streets of the village, we are going to cross all the main avenue, until we arrive at the nymph’s spring, settled in a villa in front of the Main Church. We are going to tell you the story of that stone shell, similar to the one of the nearest Grotta Grattara, which could be considered the Genius Loci of the old village “of the craters”.

The first church to be visited is the parish church San Michele Arcangelo (St. Michael the Archangel) which looks after the miraculous vestiges of Jerusalem and precious works of art from different ages. After a little break to make you taste typical products from the local small shops, we are going to lead you at the San Giacomo church, Protector of Gratteri, which keeps the beautiful simulacrum of the Apostle, venerated with such devotion by the Gratteresi.

Around the homonymous neighborhood you are going to find the house of the poet too and a typical stone architecture to collect rainwater, “u carrubbu”. So from the San Giacomo alley, we are going to the neighborhood in Via Fiume, where we will show you three medieval bridges and an underground cistern, “il pozzo di Fantina (“Fantina’s well”), covered from the second postwar to make the path vehicle accessible.

Under Via Fiume, indeed, an underground stream flows still today, the Crati, which, coming down from Pizzo di Pilo, crosses the town splitting it in two pieces: the most ancient part from the newest part. From Piazzetta Ponte Silvio we are going through Salita Orologio, which, until 1900, was called Via dei Saraceni.

Inside this neighborhood it is possible to notice a circular house, recently restored, which still keeps a portal with a round arch, typical of the primordial Arab dwellings. This is the last residence with the original architecture, which today can be called the “house of Thousand Years” (“casa dei Mille Anni”).

From the news reported from the arabic historians Bauijan and Inb-Hawqal -then increased by Amarii- it seems that Gratteri, together with Cefalù, Brucato and Marineo had been conquered by the Saracens around 835-838. They managed to enter inside the Qratis castle that they used to call of Hottrisch, through an ancient door with access to the fortress, still today popularly called Dammuso, one of the most suggestive points of the medieval Gratteri.

From the neighborhood of the Saracens we are going to the neighborhood of the old Bucciria, of the Petra and of the Santa – recently rebuilt thank to studies still in development – to arrive then at the Torre dell’Orologio (Clock Tower), that, with its 100 rings is one of the most meaningful symbols to the inhabitants. A little after, in front of it, we are going to overlook above the rock bank to make you listen to the legendary story of Macigna.

From this point on, crossing the old neighborhoods of Porta Grande, Terra Vecchia and Nostra donna, we are going to find ourselves in front of the Vecchia Matrice, built around the first half of the XIV century, next to the old princes of Ventimiglia’s castle. On the main altar today dominates the Holy Mother with the Baby, work of Gaginian school and from the Norman church of the Rosary.

In the ancient apse behind, there are two interesting funeral monuments in mixed marble inside which lie the remains of Maria Filangeri, wife of Lorenzo Ventimiglia (†1650), and her nephew Gaetano, Prince of Belmonte (†1744).

On the right wall we can spot again what once was an opening, that used to communicate directly with the rooms of Barons, inside the suburbs of their castle. We are going to show you then via Arcarìa, an hidden alley behind a stone drinking through, where are the prisons at the foot of the ancient fortress, known for the obscure story of don Antonio Ventimiglia who closed the bishop of Cefalù, Niccolò De Burellis, found dead on his knees and eyes pointed towards the sky.

Our journey will continue towards the “passo della Scala” where the way of the Promestratensi starts, and it arrives at the Norman abbey of Saint George. From that Belvedere the view is like a postcard. Overlook in front of the cliff of the Carapé, you are going to find out the story of the women’s from the Scala and from the Anime del Purgatorio talismans, the stories of the votive aedicules placed today inside the small church of the Crucifix.

From there, we are going through a new street dug in the rocks, at the end of the Ninehundreds, called Parisèa, from the story of the dialectical poet Ciccu Di Maria, inspired by a true story. After visiting the church of San Sebastiano and of Sant’Andrea, we are going to end our intense tour in front of the cloister of the municipality, once belonging to the nunnery of Santa Maria di Gesù, one of the most ancient churches of the town, where a more than deserved refreshment will await you. Be ready for an adventure not to be missed, dedicated to the discovery of one the most beautiful and mysterious villages within Madonie.

After the excursion you will have the chance to: taste typical products, have lunch at the restaurant or outdoors using a catering and buying typical local products.

For more about the excursion and the map of the tour, visit the following link: eventi.visitgratteri.com